Where in the world can you vape? 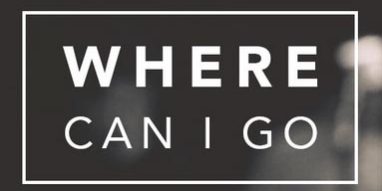 There are many different rules and regulations around vaping across the world making it difficult for smokers of e-cigarettes to know where they can vape when they travel. While some countries have an outright ban on e-cigarettes, others regard them as tobacco products, and others still have a more relaxed approach.

In the UK it’s estimated that over 2.5 million adults use e-cigs. EU rules that came in last year put some additional restrictions on vaping because the products are classed as tobacco related. Other private companies have also implemented bans on their property when it comes to vaping. The bans have proven controversial because in most cases they are implemented to avoid confusion with ‘real’ cigarettes rather than on health or legal grounds.

While you can vape in the UK, where else in the world are you free to use your e-cigarette?

The majority of Europe has similar regulations in place as the UK, allowing you to vape but some restaurants, bars or other venues may not allow you to use your e-cigarette indoors, similar to the rules around traditional tobacco products. It’s also worth noting that some countries have a two-tier system, having more relaxed regulation around non-nicotine products, or ban the sale of e-cigarettes but allow you to take your own for personal use.

Across states in the US and Canada vaping is mostly legal, although some states are now implementing new regulations, including New York, where it is not allowed in any places where regular smoking is banned. The importing and sales of e-cigarettes are also banned in all of Mexico.

In New Zealand and Australia using non-nicotine products in generally allowed, although it does vary depending on states. However, both countries operate a two-tier system and using nicotine e-liquids may be prohibited depending on where you visit.

The majority of the continent of Africa doesn’t have any legislation regarding e-cigarettes, meaning they’re completely legal and free to use. However, tourist destinations Egypt has banned sales and South Africa has banned e-liquids that contain nicotine.

Vaping is banned in a few Asian countries, including Thailand, Malaysia and Taiwan. Other countries have some restrictions, in Japan, for instance, sales of nicotine refills are banned and in China e-liquids are banned in some regions, while sale and possession of e-cigarette products in Hong Kong can carry a prison sentence and hefty fine.

Most of Central and South America has yet to introduce laws regarding vaping and those that do typically don’t enforce them. Both Brazil and Argentina have a complete ban in place though.