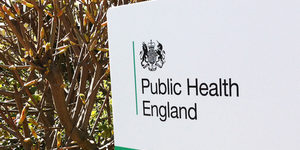 Back in 2003 Hon Lik, a Chinese pharmacist, set about creating a nicotine delivery system that would be less harmful to the smoker and possibly aid the quitting process, thus the basic e-cig was born. Similar in size, shape and weight to a traditional cigarette, Hon Lik designed it to contain three parts: the battery, the cartomizer (a combination of the cartridge and the atomizer) and a silicone mouthpiece.  This battery-powered cigarette shaped tube heats and vaporizes a liquid nicotine solution for users to inhale. The cartridge within the cartomizer holds the e-liquid and is usually disposable once empty.

When the law was passed for smoke-free bars, restaurants, and night clubs this provided e-cigarette manufacturers with an opportunity to not only tout the benefits of a product that “looked, felt, and tasted like a cigarette” but was perfectly legal to use wherever traditional tobacco products were prohibited, but also of a product that could actually help you with quitting smoking altogether and its popularity soared.

Personal vaporizers only hit the e-cig world within the last couple of years, yet they have quickly gained traction. Data from a recent Wells Fargo study suggests that vaporizer sales are growing twice as fast as standard e-cigs.  According to the Wall Street Journal vaporisers are now approaching nearly 50% of total e-cig sales.  The vaporizer is similar to its e-cig cousin in that it is composed of a large battery on one end, a clear reservoir tank in the middle and a mouthpiece. By pressing a small button on the side of the battery, the user engages the heating element which vaporizes the e-juice and releases a tasty vapour.  The main difference is that vaporizers do not resemble a traditional cigarette at all.  They are more like large fountain pens and they can offer vapers more advanced, customizable options when it comes to flavours and quantities even to the point where users can ‘mix their own’.

Pretty much everybody now knows the sorts of pollutants and chemicals found in the traditional cigarette.  The consequences and side effects of smoking cigarettes is the UK’s leading killer so it makes sense that the best thing a smoker can do is quit, but it isn’t that easy.  Tobacco is a highly addictive drug than can be very hard to put down which is why one of the biggest selling points of vaping is that you can have your blasts of tobacco in amounts that you have full control over, without all the other harmful and destructive substances you find in a cigarette.

However, with the popularity of e-cigs and vapes growing so suddenly, concerns are now being raised about whether they are really any better for you than traditional cigarettes or if they are actually more harmful to you and whether or not they are in reality encouraging people to take up the smoking habit instead of aiding people to quit it.

Public Health England Official E Cigarette Review 2015
We in this industry believe vaping to be enormously beneficial to public health, and we have all been dismayed to see it take a pretty stern beating in the public arena.  An expert independent review published by Public Health England (PHE) has recently concluded what we at The Vape Shop have known for a while – that in fact vaping is around 95% less harmful to your health than tobacco is.  Not only that but they found no evidence at all that e-cigarettes and vaping are acting as a route into smoking for children or non-smokers and that it does in fact have the potential to help current smokers quit smoking cigarettes altogether.  Win/win all around.

The review found evidence that almost 2.6 million adults in the UK who vape or use e-cigarettes are current or ex-smokers who use the devices to either help them cut down or quit smoking all together, suggesting that e-cigarettes are actually contributing to the continued falling smoking rates among adults and young people.

Don’t get us wrong here, we are not suggesting that vaping is completely risk free – there is not much in this day and age that is – but when compared to smoking cigarettes the evidence shows that vaping carries just a fraction of the harm. Yes, the vapours produced do contain some toxic substances but the levels of the toxicants are between 9 and 450 times lower than in cigarette smoke and at The Vape Shop.co.uk we minimize as many risks as possible by ensuring that we supply only quality, innovative and whole-of-market e cigarettes so that all types of smokers (heavy, light, occasional etc.) can reduce and eventually stop their cigarette habit for good.

As for the question of whether it actually encourages non-smokers to start smoking or not, the report found that this was most definitely not the case.  At The Vape Shop we have noted that on average, e-liquids in very low to zero nicotine strength far outsell the higher dose strengths.  This can be for a number of reasons but mainly it is because of the way the nicotine is delivered (in vapour form). You do not need as high a concentration of nicotine to get the same effect.  Also the high nicotine actually deteriorates the great vape tastes that are available.  E-liquids come in a wide variety of flavours and the less nicotine you use in the mix, the better the end result.  This actually encourages the vape user to use less and less nicotine, aiding them in the quitting process.

In the long run there is still a great deal of study that governing bodies need to do in order to alleviate certain public health concerns, but with Cancer Research UK funding more research to deal with the unanswered questions around these products including the longer-term impact and all of our local NHS Stop Smoking Services now proactively welcoming anyone who wants to use these devices as part of their quit attempt, it looks more and more likely that using vaping as a healthier, less expensive overall aid to quitting  is here to stay.