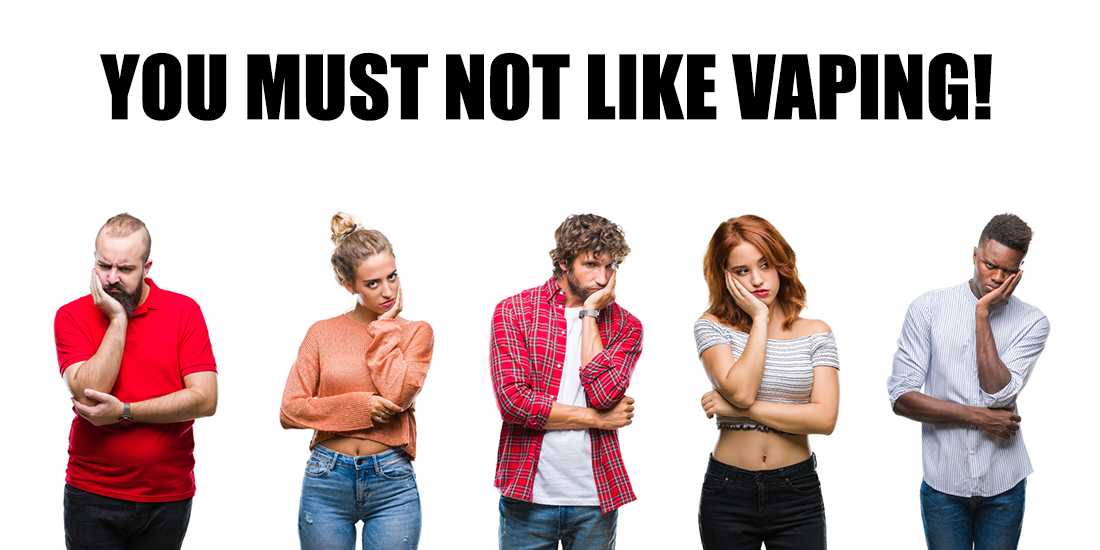 Will the e liquid flavour ban come across the Atlantic from the USA and be enacted in a similar way within the UK? Rhode Island is now the fourth state to completely ban, effective immediately, the sale of any e liquid that is flavoured other than tobacco flavours. It joins three other states – Massachusetts, New York and Michigan all of which have banned outright all e liquid flavours apart from tobacco. These bans ride on the back of the spate of lung illnesses and deaths in 2019 caused by illicit THC e liquid and street-made e juice that contained vitamin E acetate which was being used in e cigarettes. Gina M: Raimondo the Governor of Rhode Island stated that flavoured products are aimed at children and blamed them for “a public health crisis.”

Vape companies in the UK are watching with bated breath as these bans start to spread in the US because it may be a sign of what lies ahead for the UK vaping industry in the future. If the UK looks at banning e liquid flavours at some point it will decimate the vape market in the UK causing lots of vape shop vendors to go out of business not to mention e liquid manufacturers whose core business is built on flavoured juices. Granted the recent Vaping in England 2020 report by Public Health England stated that they did not see an increase in young children getting into vaping who didn’t smoke already using e cigarettes. But, the US bans could the chink in the vape industry armour allowing the pharmaceuticals and big tobacco companies to put pressure on UK parliament to restrict flavours and thus ensure the market shrinks giving them more of a foothold (conspiracy theory 101).

UK vs US Vape Legislation

The main reasons for the bans in the US, fuelled by the recent lung illnesses of 2019, is aimed at preventing vape products being attractive to children because of all the sweet and various other attractive flavours. The difference, however, between the UK and the US is that our legislation is a lot stricter. For example, the maximum nicotine level in the UK is 20mg per 10ml bottle while in some states in the US there is no restriction on nicotine strength with some on sale at 50mg. Not sure who would vape this, even before the EU tobacco directive the maximum The Vape Shop would sell was 24mg. Another area of UK vs US vape legislation is vape tank size, in the UK the sale of tanks is restricted to no bigger than 2ml, in the US tank size is not restricted. One of the most important differences between the UK and US is that UK e liquid manufacturers must be licensed by the MHRC which requires stringent testing in liquid and vapour form of all e liquids being made in the UK. The US only requires Food and Drink Administration registration.

With over 98% of ecig users enjoying flavoured liquids as opposed to tobacco e juice the banning of these flavours will have a dramatic impact on a large majority of UK vapers. Some vapers will inevitably fall back to tobacco cigarette smoking because they don’t like the taste of the tobac juice (I know this sounds crazy as cigarettes don’t taste that great). While the argument can be made that having a strawberry, candy or cake flavoured liquid is not what vaping should be about, (as it’s aim is to be a safer alternative to smoking fags), taking away the option to make vaping a more palatable experience from users is a bit draconian. It’s like unflavoured or having just one flavour of alcohol, vitamin c tablets with no flavouring, cough sweets that are unsweetened and nicotine chewing gum devoid of the spearmint or other flavourings.

In the UK a person needs to be 18 years old before they can legally purchase alcohol. There are so many drink-aware and other programs aimed at the problems of underage drinking yet the branding, flavours and marketing of alcohol such as alcopops and Jager bombs are clearly aimed at the younger generation. The effects of alcohol on our health and economy are dramatic compared to ‘0’ from e cigarettes. Below are some statistics and consequences of alcohol:

– There were approximately 561,000 incidents of violent crime in England and Wales in 2017/18 where the victim believed the offender to be under the influence of alcohol

Looking at the above figures one might conclude that severe regulations should be placed on the manufacture and sale of alcohol, specifically relating to deterring underage people from drinking. One of these regulations should be around flavours of alcohol to lessen its attractiveness. But there is no legislation, anywhere, regarding making alcohol taste a certain way to make it less attractive.

According to the Vaping in England Report 2020 by Public Health England the UK stats relating to vaping have:

Cure Worse Than The Problem

Whether the UK will follow suit in looking at banning flavoured e liquids is anybody’s guess. Personally I think if this happens it forces more and more vaper’s into illicit purchasing of home made e liquids and DIY e liquid making in one’s own home. Both of these options could be catastrophic as we have seen in the US when vapers used illicit THC and home e liquid resulting in lung illnesses and deaths.